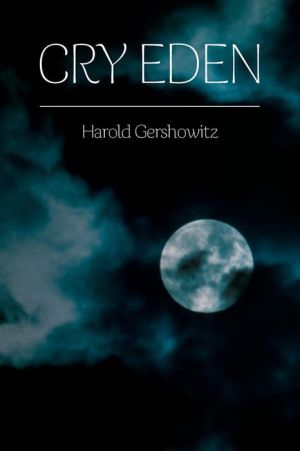 Rich in historical detail, Cry Eden is a story about the power of love challenged by the stresses and tensions of age-old animosities. War, economic crisis in America, and terrorists plotting unspeakable revenge against Alexandra all converge in this page-turner of historical fiction.

“Cry Eden,” a riveting read, was preceded by “The Eden Legacy” and “Heirs of Eden,” and concludes the Eden trilogy.

The trilogy follows Noah and Alexandra and their families over a period of twenty-five years. They are years filled with drama, tension and conflict as Noah and Alexandra fall in love as teenagers and face the heartache of love forbidden by their respective cultures and centuries of ethnic and religious conflict. The Greenspan family and the Salaman family, against all odds, forge a close relationship that evolves into a successful business partnership.

CRY EDEN is a story of deep love threatened by terrorists who have plotted the ultimate revenge against Alexandra—revenge that would destroy everything she holds dear.