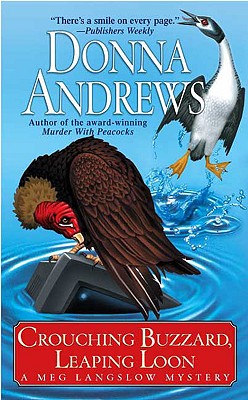 Share:
As a favor to her brother, Meg agrees to tend the switchboard at his computer game company Mutant Wizards. For companionship, besides a crew of eccentric techies, she has a buzzard with one wing and her boyfriend's mother's nightmare dog. Not to mention the psychotherapists who refuse to give up their lease on half of the office space. This is not what Meg had in mind when she agreed to help her brother move his staff to new offices.

In fact, the atmosphere is so consistently loony that the office mail cart makes several passes through the reception room, with the office practical joker lying on top of it pre-tending to be dying, before Meg realizes that he's become the victim of someone who wasn't joking at all. He's been murdered for real. Now Meg has to play out one dangerous scenario to find out who's guilty--before a cold-blooded murderer ends her game for keeps.