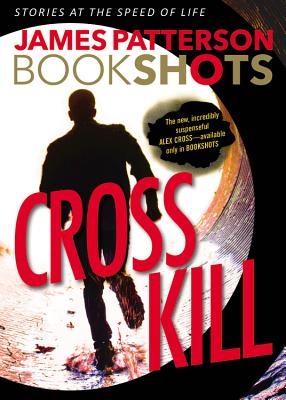 Alex Cross, I'm coming for you--even from the grave if I have to.

Along Came a Spider killer Gary Soneji has been dead for over ten years. Alex Cross watched him die. But today, Cross saw him gun down his partner. Is Soneji alive? A ghost? Or something even more sinister?

Nothing will prepare you for the wicked truth.
Reviews from Goodreads.com

Cross Kill is a novella in the popular Alex Cross series by prolific American author, James Patterson. It is released under the BookShots: stories at the speed of life banner, and at a mere 113 pages, it is intended to be a one-sitting read. Alex and his best friend and colleague, John Sampson are working the free Cafeteria at St Anthony of Padua Catholic School when shots ring out. There are two victims in the kitchen, and soon, a third: Sampson has a bullet in his skull. Alex sees the shooter. It’s a man whom he watched die ten years earlier: Garry Soneji. He could never forget this man: he’s sure it is Soneji he has seen.

Amid scepticism from colleagues, Alex tries to track down the killer. Several tantalising appearances, messages and even a film clip drive Alex on. Visits to Soneji’s family, an exhumation and some cyber-detection all form part of the investigation. Some of Alex’s decisions are less than prudent, coloured, perhaps, by his concern for his best friend, or perhaps by a drug that is inserted rather clumsily into the plot. There’s a slight continuity problem with the mention of Alex’s father that contradicts the conclusion of the previous novel, Cross Justice. And yet another cliff hanger ending that might annoy even die-hard Alex Cross fans. A fast-paced, full of action, quick read. 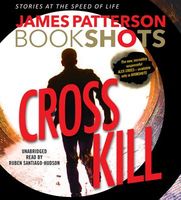