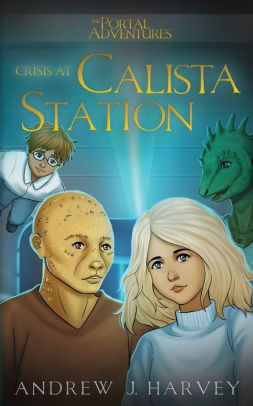 Share:
Tania is tired of not having any friends because every time her mother changes her job they have to move. But this time Mom had really gone too far, dragging Tania away with her to a temporary posting as senior security officer on Calista Station.Things start to look up when Tania meets Mark and his friends Windracer and Shr'un. Shr'un's father is a technician for Malachi Mining, the same company where Tania's mom works. But all is not well. Someone is stealing star-stones and smuggling them from the Station. When Shr'un's father disappears, it appears he may have been involved, but then things go from bad to worse - Tania's mom disappears as well! Now it is up to Tania, Mark, Windracer, and Shr'un, with a little help from Shr'un's highly illegal AI, to solve the mystery and rescue the missing parents. An exciting sequel to The Trouble on Teral, Crisis at Calista Station invites readers to join Mark and Windracer in a new adventure with new friends.