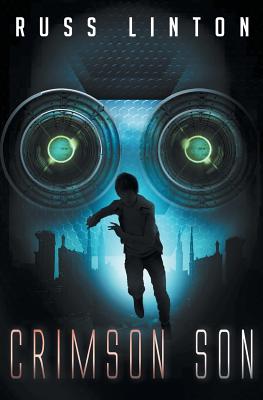 His mother kidnapped, his superhero father absent, powerless Spencer launches into a world of battle robots and weaponized humans to uncover the truth.

Armed with only a multi-tool and an arsenal of weapons-grade snark, Spencer takes on his superpowered father’s robotic nemesis to try and uncover the fate of his mother. Along the way he rallies a team of retiree superheroes and everyday people living in the shadow of a weapons program gone wrong.

Before the dust settles every superhero and supervillain will come together for a Jerry Springer style Ragnarok. On the brink of Armageddon, with his mother's very existence at stake, Spencer stumbles into the true mastermind's web and discovers he's been the prey all along.

Crimson Son isn’t your typical superhero novel. Fast-paced, engaging, with all the action you’d expect but set in a believable world helmed by a vulnerable hero with an unmistakable voice. Mr. Robot meets the Winter Soldier in this unique superhero series you'll love. Buy now and launch into action with Spencer today!
Reviews from Goodreads.com