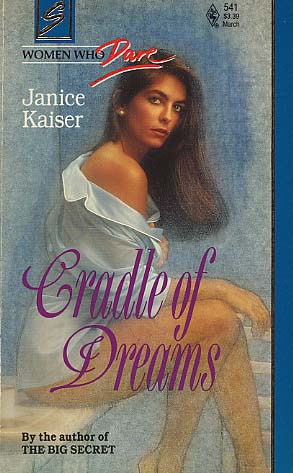 SHE HAD A LOT OF NERVE

And Caroline Charles knew it. Tyler Bradshaw had no reason to love her. No reason to even want to see her. And certainly no reason to agree to make her pregnant...again.

The first time he'd been in love with her. Or so he'd said. But then she'd married another man.

In the intervening years Tyler had become immensely successful. Caroline no longer had a single thing he wanted or needed.

But by hook or by crook, Caroline would conceive another child by him. She had to. Their daughter's life depended on it....
Reviews from Goodreads.com