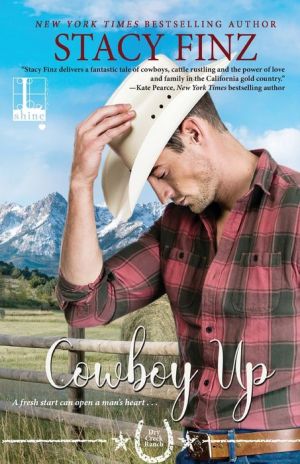 Cash Dalton is no rancher. He's an FBI agent -- or at least he was, until he left a haunting case behind him and a load of guilt in front of him. Now it turns out he's also a father -- to a twelve-year-old girl he didn't know he had. Clearly, it's no time for a new romance, especially not with Aubrey McAlister, who's renting the cottage on Dry Creek Ranch. She doesn't even seem to like him. Still, there's nothing wrong with looking . . .

After calling off her wedding, Aubrey is trying to focus on her interior design career and avoid the fact that she's the center of small-town gossip. Clearly, it's no time for a new romance, especially not with brooding Cash. Though she does find him sexy as hell. And he has softened since his daughter arrived -- enough for Aubrey to help decorate her room -- and even try to get Cash to open up about the chip on his shoulder. Once he does, both their hearts might just follow -- but will their futures sync up as well?
Reviews from Goodreads.com