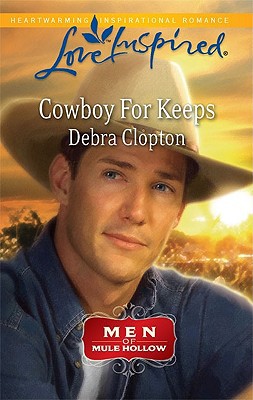 Rancher and lawyer Wyatt Turner found both his younger brothers their wives. Now, they're sneakily trying to repay the favor -- with the wrong woman. Amanda Hathaway is a too-young and bubbly physical therapist. And, yes, Wyatt is her too-stubborn, too-bossy patient recuperating from a plane crash. Yet when Amanda shares some of her own invisible wounds, including the loss of her dream of having children, Wyatt realizes he doesn't know everything. But he knows he wants Amanda, for keeps.
Reviews from Goodreads.com

Of the three brothers, this was my favorite story!

Wyatt is the oldest.of the three brothers. Like his brother, Cole, he too moved away from the ranch to live his own life. Wyatt was a successful lawyer who dealt mainly with corporate law and accidental deaths. After a short visit to congratulate his brother, Cole, on his engagement, Wyatt takes off in his small plane during a thunderstorm and crashes, almost loosing his life just like his parents. His brothers brought him back to the family ranch for healing, and they were hiring a physical therapist to help him heal so he could get back to his life. But when Wyatt meets her, he sends her away!

Amanda has not had an easy life. Hit by a drunk driver while running on the side of the road, she lost her leg and her ability to have children at the age of fourteen. Her fiance left her when he decided he wanted children of his own, and Amanda felt she could no longer work with children when her womb craved carrying her own baby!

These two worked very well together! They both had issues to work through that the other could help with. I loved Amanda's gentle, yet stern attitude with healing Wyatt. I loved how Wyatt loved and cared for Amanda! The last chapter of this book was THE BEST in the whole entire Mule Hollow series! I think Wyatt's plans for their future was absolutely perfect. It made me tear up as I read it!!!

Though I don't always agree with Debra Clopton's writing of her characters, I'm in total agreement with her on these two. They were PERFECT!!!