Couching at the Door — D.K. Broster 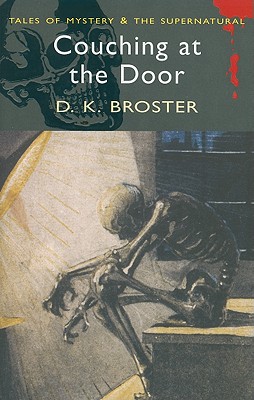 Dorothy Kathleen Broster (1877-1950) is best known for her historical novels. But there is a darker side to her writing, glimpsed in her early poems - The Second of September 1792 is a fine example - and finding full expression in the stories she wrote after she had become a highly successful novelist. Sometimes - as in The Window or The Pestering, or All Soul's Day - these are what we might call 'explainable' ghost stories: apparitions or hauntings whose origin is to be found in some violent or unjust action in the past. Other stories, Couching at the Door and From the Abyss, have little or no explanation, even in supernatural terms. Add to these an elegant reworking of the Persephone myth, The Taste of Pomegranates, the downright bloodthirsty Clairvoyance, and the psychological studies, The Promised Land and The Pavement which so well merit the heading 'Madness and Obsession', and you have a collection to disturb and unsettle the strongest nerves.
Reviews from Goodreads.com