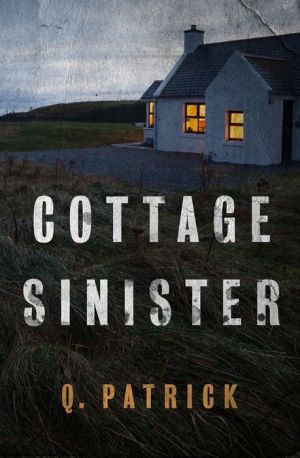 
A sleepy English village is shaken by murder in this mystery from the Edgar Award–winning author who wrote the Peter Duluth series as Patrick Quentin.

In the town of Crosby-Stourton, the well-respected Miss Lubbock is being visited by her two daughters from London when the unbelievable happens. Within the same day, both young women are struck down by a rare poison. But why would anyone do such a vile thing?

With no other lawmen suited to the task, Scotland Yard sends Archibald “the Archdeacon” Inge, whose greatest deductive power lies in his absolute lack of imagination, allowing him to keep his entire focus on the facts. But when two more killings occur during his investigation, even the brilliant sleuth is baffled.

What Inge doesn’t know is that the motive behind the murders goes beyond anything resembling the facts . . .