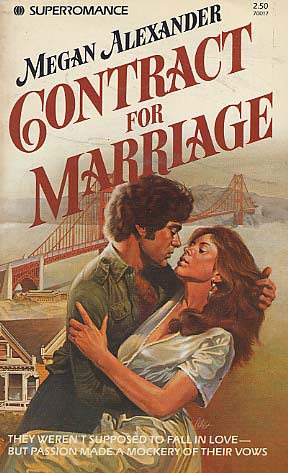 Share:
I CAN'T DO IT, CHRISTY THOUGHT. I JUST CAN'T.

All week long she'd tried to convince herself that she, Christy Steele, Aunt Martha's properly brought-up niece, could do such a thing -- confront a man shed barely met with a personal and deeply intimate request.

Now a warning flashed through her mind, tangible as a flare: Don't go through with this harebrained scheme. Cancel the appointment.

Yet an hour later in his executive office, she faced the urbane, unsuspecting Mark Brandon. And with an almost physical shock Christy heard herself say, "I want to have a child, Mark. Will you be the father?"'