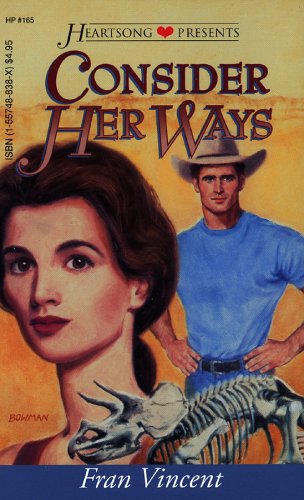 A dinosaur dig on a Montana ranch is a dream come true for geology professor Marla Carter. Confident that science, and not religion or romance, holds all the answers, Marla finds her carefully ordered world unraveling.

Rancher Hal Grayson exudes a gentle strength and wears his Christian faith as naturally as a pair of worn jeans. It's not long before Marla is smitten, and others have formed similar conclusions. But Marla faces more serious threats as painful memories from her past and revengeful colleages join forces against her.

Will Hal's faith and love prove to be another failed theory? Will Marla have the courage to consider her new ways and know they are everlasting?
Reviews from Goodreads.com