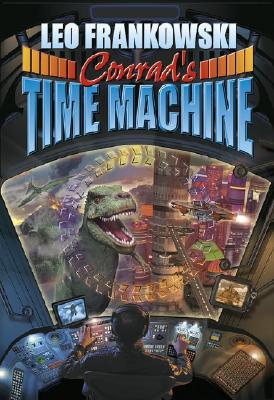 Share:
WOULD YOU TRUST THESE BOZOS WITH A TIME MACHINE?

Just out of the Air Force, Tom looked up two old pals, one of whom had had just wangled a grant from the Department of Defense to--this is serious stuff now--study social interactions in motorcycle gangs. For ease of study, the trio formed their own gang and hit the road, intently studying each other's social interactions in various seedy bars along their way.

Then these poor man's Easy Riders ran into a strange perfectly hemispherical hole in the ground where a house had been, with the house and its contents slowly materializing in bits and pieces in the surrounding area. They found the pieces of the machine that had done this, realized that the device was nothing less than a time machine, and thought they could get it working again.
Unfortunately, they did. Before long they would be wishing they had kept on being the three musketeers on bikes, instead of the three stooges of time travel....