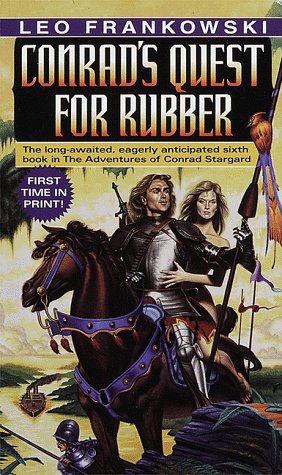 Conrad Stargard has come a long way since he was first transported from the twentieth century to the thirteenth. Thanks to his knack for "inventing" such astonishing things as steam engines, machine guns, radios, and riverboats, he's turned Medieval Poland into a military powerhouse--capable of repelling invasions by marauding Mongols and Teutonic troops alike.

Now, with enemies vanquished, industry booming, and peace in the land, it is time to continue Poland's remarkable technological progress. And doing so requires harvesting raw materials only Lord Conrad knows where to "discover." Thus is founded the Explorer's Corps, whose intrepid members set out to map new frontiers from the Arctic Circle to the Amazon. But can even Conrad's knowledge of the far future prepare him and his subjects for what lies just beyond the borders of their kingdom?