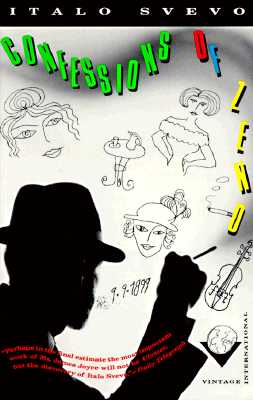 
In 1907 novelist James Joyce was engaged as Svevo's English tutor in Trieste, and in the process they developed a friendship. When Joyce read Svevo's novel La coscienza di Zeno (Confessions of Zeno), he was so impressed with it that he encouraged the writer to publish it, and later helped to promote it. While Joyce became enthralled with the latest novelistic techniques -particularly the stream of consciousness and indirect free style- to get inside the mind of his characters, Svevo accomplished the same thing without the new tools. Zeno's consciousness is not the flowing of a stream, but the cascading, torrential avalanche of details that is the essence of humanness in all aspects: from low double entry bookkeeping, business, and economics, to manipulations of the Stock Market, to moral dilemmas, and raw passions. Italo Svevo's Confessions of Zeno belongs to the comic tradition of Don Quixote and Tristram Shandy, though not in the realist manner, but rather in a psychological vein. After reading a few pages the reader will have no doubt that he is confronting a paradoxical juxtaposition between things of the mind and things themselves. Zeno -the narrator and eponymous hero- on the surface is a hypochondriac, neurotic, quirky, solipsistic, self-examining and self-serving bourgeois; deep down, however, he is love and goodness incarnate, not by design but by the whims of life. Although Svevo wrote many other works, his opus magnum will remain his Confessions of Zeno. While Proust and others wrote lengthy psychological novels, by their sheer length and density, they become soporific. Not so with Zeno, which is intriguing, suspenseful, engaging-never boring, a magnificent tour de force.