Confessions of the Fox — Jordy Rosenberg 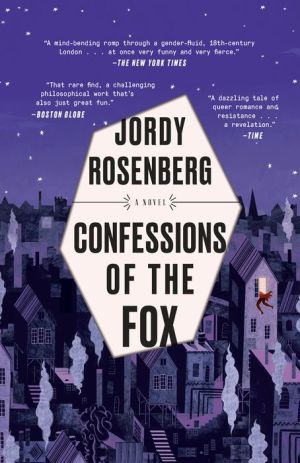 A love story set in the eighteenth-century London of notorious thieves and queer subcultures, this genre-bending debut tells a profound story of gender, desire, and liberation.

Jack Sheppard and Edgeworth Bess were the most notorious thieves, jailbreakers, and lovers of eighteenth-century London. Yet no one knows the true story; their confessions have never been found.

Until now. Reeling from heartbreak, a scholar named Dr. Voth discovers a long-lost manuscript -- a gender-defying exposé of Jack and Bess's adventures. Dated 1724, the book depicts a London underworld where scamps and rogues clash with the city's newly established police force, queer subcultures thrive, and ominous threats of the Plague abound. Jack -- a transgender carpenter's apprentice -- has fled his master's house to become a legendary prison-break artist, and Bess has escaped the draining of the fenlands to become a revolutionary.

Is CONFESSIONS OF THE FOX an authentic autobiography or a hoax? Dr. Voth obsessively annotates the manuscript, desperate to find the answer. As he is drawn deeper into Jack and Bess's tale of underworld resistance and gender transformation, it becomes clear that their fates are intertwined -- and only a miracle will save them all.

CONFESSIONS OF THE FOX is, at once, a work of speculative historical fiction, a soaring love story, a puzzling mystery, an electrifying tale of adventure and suspense, and an unabashed celebration of sex and sexuality. Writing with the narrative mastery of Sarah Waters and the playful imagination of Nabokov, Jordy Rosenberg is an audacious storyteller of extraordinary talent.
Reviews from Goodreads.com 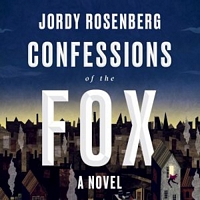