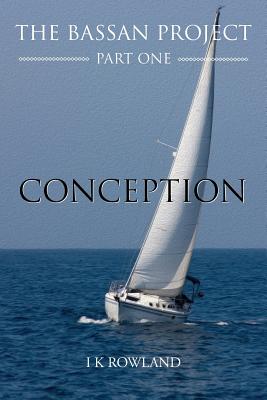 
Naval architect Wil Young accidentally bumps into an apparently old-fashioned and middle-aged civil engineer and architect Kieran Hughes at a London boat show. From this chance meeting a friendship develops and then grows into a much more profound relationship. A little later Wil invites Kieran to accompany him to a boatyard where a new yacht, the Littlun, designed by Wil is to be floated out. Wil then takes Kieran sailing every week-end through that summer and into early autumn, with considerable success both for themselves and for the yacht. Much later in the year they appear on the cover of a yachting magazine with a very fulsome description inside of both themselves and the Littlun. Kieran has been commissioned to design a yacht harbour for a select group of influential people for which the terms have been very loosely drawn. This entailed him visiting the proposed site of the yacht harbour and then carrying out considerable research before commencing on his plans. Through the summer, autumn and winter Kieran makes considerable progress with the design until, by the end of the following March, he is in a position to make his presentation to the client. Both Wil and Kieran encounter problems at work. Wil is unable to secure funding for progressing a second yacht, the Goodun, whilst Kieran encounters obstruction and commercial espionage bordering on sabotage. Kieran takes this up with the managing partner of his employer, the Mason White Partnership. At the end of February the Goodun is floated out. Kieran is then able to spend several days and week-ends helping Wil trial the yacht and then undertake a demonstration week-end at a yacht club. This is so successful that a second such week-end is planned, with both the Goodun and the Littlun taking part. One week-end during those trials Wil, Kieran and two friends go to the aid of a yacht whose owner has suffered a heart attack. A week or so later Kieran and Wil, with two more friends, spot a de-masted yacht in very rough weather and successfully tow it to a safe refuge.