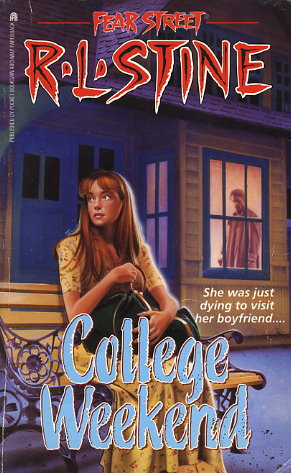 NIGHTMARE WEEKEND
Nothing can ruin Tina Rivers' big weekend at Patterson College with her boyfriend, Josh Martin. She's so excited, she doesn't even mind that her cousin, Holly, will be tagging along.

But when Tina and Holly arrive, Josh is gone. His roommate, Christopher Roberts, says Josh is stuck in the mountains, delayed by car trouble. That's weird -- Josh never mentioned he was going away.

It gets even weirder when Holly suddenly disappears. But Christopher isn't worried -- about Holly or Josh. Christopher seems to have the answer to everything. Tina is confused. But one thing is clear -- she's about to learn more about love and murder than she ever wanted to know.
Reviews from Goodreads.com