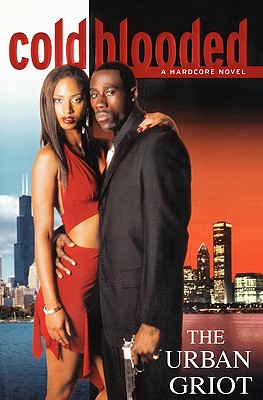 Share:
Omar Tyree -- writing as The Urban Griot -- delivers a thrilling novel about a jaded college girl who when scorned becomes more lethal than the hardened criminal with whom she falls in love.
When Janeia Goode, a beautiful undergrad studying psychology at Chicago State University, meets Warren Hamilton, known as Molasses --or Moe for short -- she knows he is dangerous, and yet she finds him to be exciting, mysterious, and undeniably sexy. Janeia realizes that she is a good girl in love with a bad boy -- and she must keep his life as a hit man a secret, or else.
Although Moe does reveal to Janeia his life as a paid killer, and she seems to accept it, his skill as a notorious womanizer proves to be his most dangerous habit. After an attempt on Moe's life lands him in an emergency room, he begins to reconsider his many enemies, but he does not take into account the scorned women he has manipulated over the years, up to and including his current love, Janeia.
Soon Moe and Janeia are locked in a deadly game ruled by pride, passion, and the desire for love, loyalty, and vengeance. Cold Blooded will thrill readers who are already hooked on Tyree's racy tales of urban reality and romance.