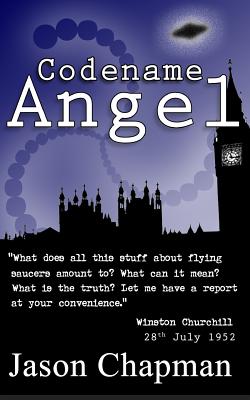 Share:
Limited time price offer Fans of the unexplained will lover this cold war conspiracy series A close encounter at an RAF Base in the north of England. Strange objects seen in the skies above Great Britain. A mysterious stranger with the ability to see the future. A tense standoff between Russian and American warships in the North Sea. When Cambridge physicist Professor Ralph Frederick is summoned to the office of wartime Prime Minister Winston Churchill he is given a very unusual task. Frederick is put on a top secret committee Codenamed Angel who’s role it is to investigate flying saucer sightings which have been happening up and down the United Kingdom. Frederick’s world is turned upside down, as a diehard sceptic is soon turned when he encounters beings from another world. Codename Angel is the first book in a series of First Contact Novels which explores a government struggling to cope with the reality that we are not alone in the universe.. With an ever-growing threat from the Soviet Union this unique tale focusses on first contact between aliens and British government officials. Alien Encounters and alien abductions taken from witness reports and real life stories. People who claim to have had alien encounters and close encounters with both the fantastic and unknown. A story set in the midst of the Cold War, which draws its inspiration from historical events straight from the British Government’s real life X Files.

Are you ready to believe!

AMAZON REVIEWS ON BOTH SIDES OF THE ATLANTIC

A good dose of John Le Carrie – Who do we trust? Who do we prepare defences against? For anyone who loves a good quality thriller! For fans and anyone who enjoyed ‘The X Files’ this will no doubt appeal. Gripping and engaging! A great story woven around actual events concerning the secrets behind the UFO phenomena both in the UK and the US. I'm a sucker for a UFO, conspiracy action packed thriller, deep throated spy, fact, fiction and lots of other well placed words tossed in for good measure.....this one has it all and I love it!