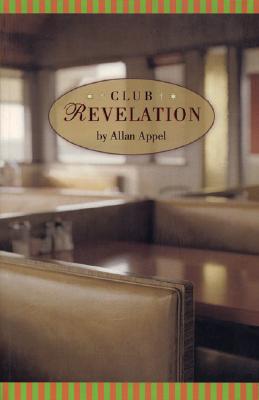 
Appel's hilarious novel follows three interfaith Jewish/Christian couples who unwittingly rent the ground floor of their brownstone to a charming Southern evangelist. Serving his own blend of Christian cuisine, he opens a restaurant in the space, hoping to convert the Jews of the Upper West Side. His scheme destroys the harmony of the building when one of his six landlords finds comfort in the preacher's conversion-by-gastronomy methods.
Appel's mix of comedy and theology conjoin effortlessly in an entertaining, fast, and funny story which reevaluates our meanings of faith and marriage in twenty-first century America.
Allen Appel is a novelist and playwright whose books include The Rabbi of Casino Boulevard and the anthology A Pocket Apocalypse: A Handy Guide to the End of the World. His work has appeared in The National Jewish Monthly and The Progressive. He lives in New York City.
Also Available by Allan Appel:
High Holiday Sutra
TP $13.95, 1-56689-065-9 • CUSA