Close to the Bone — Lisa Black 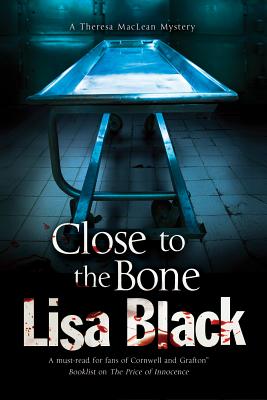 Forensic scientist Theresa MacLean stumbles across a murder rather too close for comfort when she returns to the Medical Examiner's office following a late-night call to find one deskman missing and the other beaten to death. Written in blood above the dead man's head is a single word: ‘Confess'.

It's the first time a homicide has taken place actually within the ME's office. Medical Examiner Stone works on how to spin the news while Theresa works the scene.

When a second victim is discovered, Theresa uncovers a link to the death of another co-worker, records secretary Diane Allman, who was murdered in her own home ten years before. As she painstakingly pieces the clues together, Theresa realizes that she has become an integral part of a ruthless killer's murderous agenda. And if she is to survive, she must find out what really happened to Diane all those years ago.
Reviews from Goodreads.com