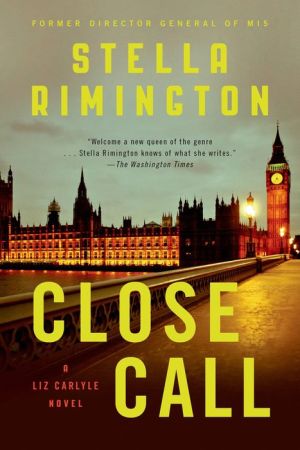 Share:
The Arab Spring has swept through the Middle East and Liz Carlyle and her compatriots in the Thames House's counter-espionage division are racing to investigate arms deals in Yemen. There's a UN embargo forbidding any member country from supplying arms to either side in the uprisings, but Andy Bokus, head of the CIA's London Station, has evidence that the weapons being smuggled into Yemen are not only being sold to both sides, but are coming from a connection in the UK--a highly embarrassing black mark on the government and, if true, full of disastrous consequences.

British-American cooperation widens as Liz teams up with her old rival Bruno McKay, MI6's Head of Station in Paris, and Isobel Florian of the French domestic service, the DCRI, to trail and trap the elusive weapons dealer. The evidence points to a former French intelligence officer, Antoine Milraud, who leads them all on a mad chase across Europe until investigators witness him passing something to an elegantly dressed, very mysterious man.

When Milraud is caught and informs on his fellow conspirators, Liz finds herself embroiled in a larger, potentially explosive situation that twists all the way back to what she feared most--that the arms are being sold through the UK, and the mysterious man is closer and more capable of brutal violence than she ever could have imagined.