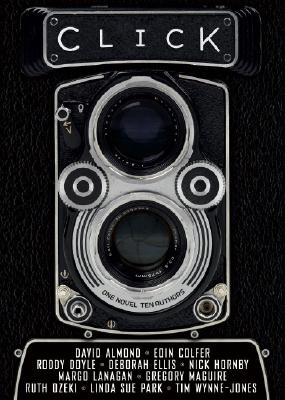 Eoin Colfer, Nick Hornby, Roddy Doyle, Linda Sue Park, David Almond -- top authors team up to tell the story of a man who magically connects the lives and times of young people around the world.

A video message from a dead person. A larcenous teenager. A man who can stick his left toe behind his head and in his ear. An epileptic girl seeking answers in a fairy tale. A boy who loses everything in World War II, and his brother who loses even more. And a family with a secret so big that it changes everything.
The world's best beloved authors each contribute a chapter in the life of the mysterious George "Gee" Keane, photographer, soldier, adventurer and enigma. Under different pens, a startling portrait emerges of a man, his family, and his gloriously complicated tangle of a life.
Reviews from Goodreads.com