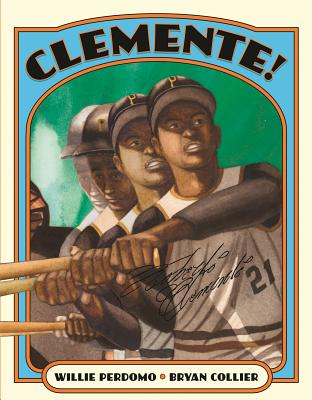 Born in Puerto Rico, Roberto Clemente was the first Latin American player to be inducted into the Baseball Hall of Fame, and the only player for whom the five-year initiation period was waived. Known not only for his exceptional baseball skills but also for his extensive charity work in Latin America, Clemente was well-loved during his eighteen years playing for the Pittsburgh Pirates. He died in a plane crash while bringing aid supplies to earthquake victims in Nicaragua.

Willie Perdomo's rhythmic text and Bryan Collier's energetic art combine to tell the amazing story of one of baseball's greats.