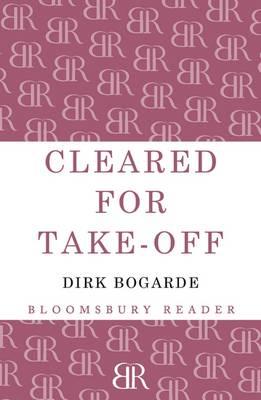 During his many reconnaissance missions in Europe and the Far East, the young Bogarde experienced the terror of enemy attack and the horror of its aftermath, together with the intense camaraderie and bitter humour of the battlefield. He also felt, like countless others, a feeling of utter hopelessness at the war's end, when, as suddenly as the fighting had stopped, these youthful, but hardened comrades-in-arms were dispersed to find their feet in a traumatised world.
Less than a year after demob no one could have been more astonished to find himself starring in his third feature film with car, chauffeur and five-storey house in Chester Row. He had somehow 'arrived' in the movies.

Cleared for Take-Off offers his recollections of a wide-ranging compendium of episodes from his remarkable life that further reinforce Bogarde's reputation as a deeply touching yet sharply observant writer.
First published in 1997, this is Dirk Bogarde's final addition to his acclaimed series of memoirs.
Reviews from Goodreads.com