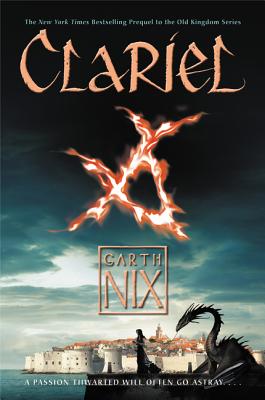 Clariel is the daughter of the one of the most notable families in the Old Kingdom, with blood relations to the Abhorsen and, most importantly, to the King. When her family moves to the city of Belisaere, there are rumors that her mother is next in line for the throne. However, Clariel wants no part of it -- a natural hunter, all she ever thinks about is escaping the city's confining walls and journeying back to the quiet, green world of the Great Forest.

But many forces conspire against Clariel's dream. A dangerous Free Magic creature is loose in the city, her parents want to marry her off to a killer, and there is a plot brewing against the old and withdrawn King Orrikan. When Clariel is drawn into the efforts to find and capture the creature, she discovers hidden sorcery within herself, yet it is magic that carries great dangers. Can she rise above the temptation of power, escape the unwanted marriage, and save the King?

In Clariel, New York Times bestselling author Garth Nix weaves a story that is as rich and compelling as the original Abhorsen novels. Clariel, prelude to the Abhorsen trilogy, is set approximately six hundred years before the birth of Sabriel. Devoted Old Kingdom fans and new readers alike will clamor for this epic fantasy adventure.
Reviews from Goodreads.com 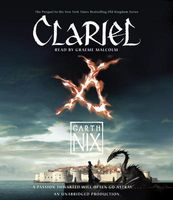