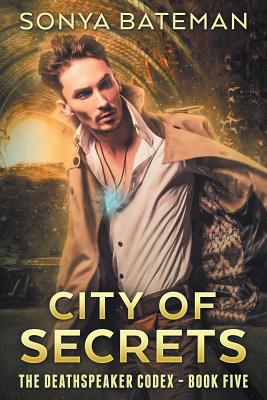 "The enemy of my enemy should be left the hell alone."
A creatively violent killer who's clearly not human is targeting Milus Dei members, and Gideon Black isn't exactly sure he should stop it. After all, the cult hasn't done him any favors - unless you count torturing his father and brother, brutally experimenting on his friends, killing countless Others, and attempting to use his power to wipe out the rest.
So when Milus Dei asks for his help finding the killer, he's pretty comfortable turning them down. Then two strangers turn up with personal stakes in the investigation, both a type of Other no one's ever heard of. Their paths cross with Gideon, and they soon learn they have a common enemy. But it's not Milus Dei.
With the help of a thief, a genie, and an uneasy alliance with the cult that's been hunting him down, the DeathSpeaker faces his greatest challenge yet. There's a monster beneath the city, an immortal shapeshifter whose goals are far beyond revenge - and the future of the world is written in blood.
Reviews from Goodreads.com