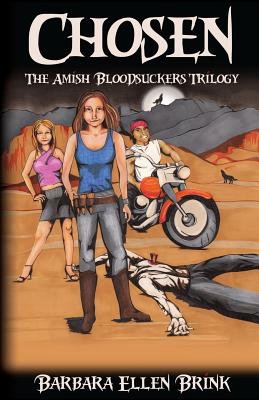 With tongue firmly in cheek and genuine Amish-made stakes at hand, The Amish Bloodsucker Trilogy sets off like a bat in the belfry. Jael the vampire slayer is ready to kick some serious bloodsucker butt. Seriously. Move over Buffy – there’s a new slayer in town! Raised in the desert of Nevada, and destined for the Minnesota Loon Lake Amish Community, Jael Shetler is the Chosen One. Trained by her uncle and father in twenty-one different forms of hand-to-hand combat – she also throws a knife with the speed of a bullet, and is accurate to within two centimeters of a cold, dead heart with her crossbow – she is a bloodsucker’s worst nightmare. Her parents, forced to leave their plain and simple upbringing to escape the clutches of the new Bishop – an ancient and powerful vampire with plans to use the Amish Community as his own personal Jamba Juice – raise and train their daughter to continue the fight begun thousands of years earlier by another Jael, and to fulfill the prophecy in the Book of the Shunned. Soon Jael is turning sweet sixteen and then … all heck will break loose.
Reviews from Goodreads.com