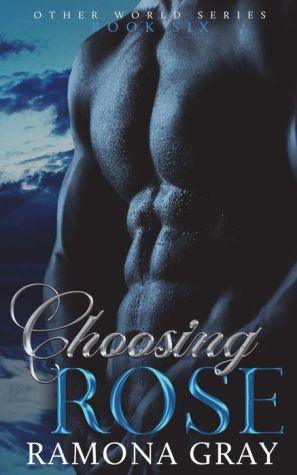 Rose Morris likes order and routine and science. What she doesn’t like is being sucked into the glowing orb she and her team have been studying. Unfortunately, the big blue alien named Vida who appeared out of the last orb doesn’t care. He’s forced Rose and the rest of her team through the latest orb with him, and now she’s on another world where chaos rules and science might as well be witchcraft. Vida is determined to return to his home world, even if that means jumping through every orb he comes across. If he must drag a tiny human and her companions through the orb with him, so be it. The new world - an island surrounded by a vast ocean - may be perfect for his needs but it isn’t home. He’ll do what he’s always done, survive in the new world and wait for another orb to appear. When Rose is separated from the rest of her team, dangerous animals, killer vegetation and angry locals force her to rely on Vida for protection. As he teaches her how to survive in the new world, their mutual attraction is difficult to resist. Rose knows Vida wants to return to his world, so why does she keep hoping he’ll choose her instead? Note: This is Book Six in the Other World Series. Although Vida is a character in Book Five, this book is a stand-alone story and you do NOT have to read Books One to Five before reading this one. Author’s Note: This book contains explicit and steamy sex scenes that may not be your cup of tea. It is intended for mature readers only.
Reviews from Goodreads.com