Children of the Storm — Deanna Dwyer 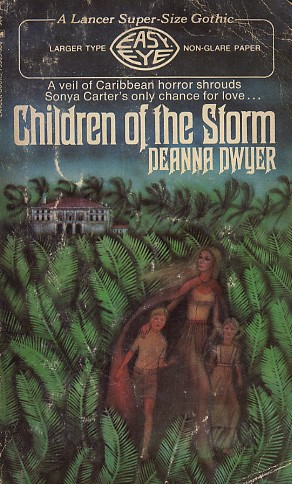 It was hard for Sonya Carter to believe that she was only half an hour from civilization, for the feeling of isolation from the world on this tiny island in the Caribbean was almost complete. The people in the two houses on the island could have been cast adrift from reality, inhabiting a universe of their own. Sonya had come to Distingue to escape the dark days of her recent past; the offer of a job as tutor to the Dougherty children seemed heaven- sent. And for a time Distingue seemed to live up to the promise of its name--a place of elegance. But there was a darker force on the island, an insane power that sought to bring terror to the most innocent victims of all, the children. Someone was determined to murder them--and only Sonya stood in his way!