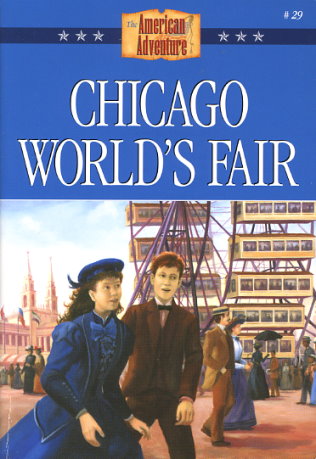 The World's Fair in Chicago has attracted thousands of visitors, including Esther Allerton and her cousin Ted Fisk. They're excited to see Thomas Edison's new inventions. They ride on the giant new Ferris wheel, and get to see something unusual -- an automobile.

But there's no escaping the problems they know their friends are facing. Across the country, banks are closing and railroads are going bankrupt. Thousands of people are losing their jobs, and families are going hungry. When Ted and Esther return to Minneapolis, a huge fire puts thousands of other people out of work. Suddenly, Ted and Esther think of something they can do to help. It's a good idea, but will it work?