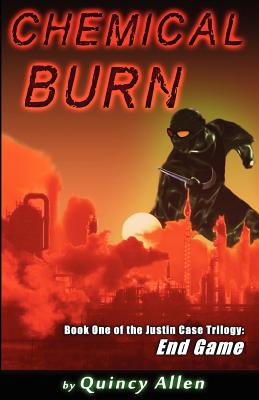 
The last thing Los Angeles needed was a high-tech, ex-assassin from another planet to set up shop as a Private Detective. They got one anyway. Justin Case is a smart-ass killing machine looking for a little redemption. He lives for smiles and has a real penchant for wetwork, leaving bodies - or parts of them, anyway - in his wake. In this first installment of the End Game trilogy, the messy demise of Xen Li, one of Case's closest friends, sets Case and his predatory feline Magdelain on a collision course with Gino DiMarco. Di Marco is an Italian mob boss running the L.A. drug scene, secretly hammering L.A. with T-Rex, a new designer drug that has the LAPD baffled. To solve who killed Xen and bring down DiMarco, Case will have to pull in favors from an aging, bare-knuckles brawler tied to the Russian mob and a hot-bodied, SEAL-trained sniper who makes a really mean cappuccino. He'll also have to depend upon Rachel, his tough-as-nails partner. Along the way he'll fall in love and take the biggest risk of his life by revealing the secret of his origins.