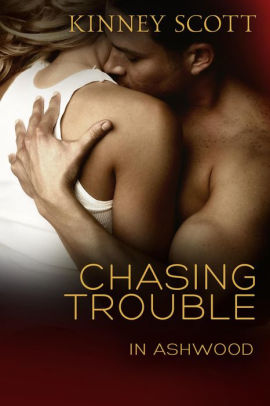 Rick's looking for another weekend fling until a tempting woman with stars in her eyes changes his mind.Careful, curvy, and shy, Linnea trades one quiet life for another when she leaves her family hop farm to run her brother's successful brewery taproom. Everything proceeds as planned until Rick asks her to dance and changes her world.Something about Linnea dares Rick to take extra time. Pulled by her gentle nature, he discovers a vibrant, seductive woman with the power to rearrange his future. But he won't reveal his darkest secrets to Linnea — he has too much to hide.When problems erupt with his family — and they always do — Rick descends into a colder version of himself and won't let Linnea beyond his defenses.She has the patience to wait Rick out, but is Linnea willing to endure another round of his hot and cold?Read Chasing Trouble as a steamy stand alone or devour it as part of the addictive In Ashwood series. This sexy small-town romance is guaranteed to add heat to the coldest winter nights.