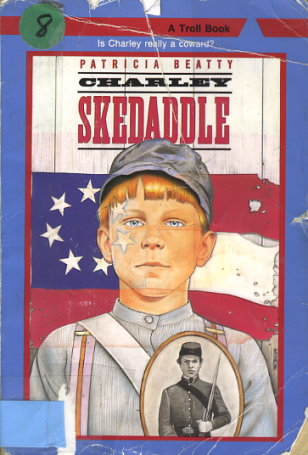 Share:
Charley Quinn never ran away from a fight in his life. After all, he's one of the Bowery Boys, the toughest street gang in New York City. So after his older brother is killed at Gettysburg, Charley vows revenge and enlists with the Union Army as a drummer boy.

But when the horrors of war become a reality -- and he sees his best friend killed -- Charley is terrified. He "skedaddles" away from both the Union Army he's deserted and the Confederates who would arrest him as a spy.

Charley heads for the Blue Ridge Mountains. There he meets Granny Bent, an ornery, secretive old woman who is suspicious of the young Yankee deserter. Until an act of selfless courage -- far from the sounds of cannons and gunfire -- proves to Granny, and to Charley himself, that he's not the coward he thought himself to be.