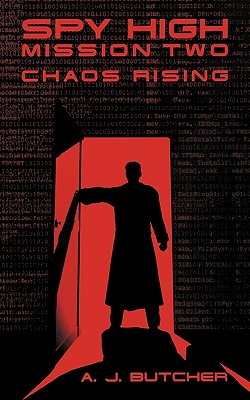 Devereaux Academy is not what it seems. The football team practicing beside the ivy-covered dormitory is merely a hologram, and the elderly receptionist could break your neck in three seconds flat. Devereaux's students rarely call the school by its proper name. They call it Spy High.

Bond Team is back and preparing to battle Devereaux's other groups of students for the prestigious Sherlock Shield. Victory means a place in the Devereaux Academy Hall of Fame. But to win, they'll have to beat their archrivals--and Solo Team is prepared to do anything to stop that from happening. Ben, Jake, Lori, and the rest of Bond Team will have to watch their backs. And everywhere else, too, because in the world outside Spy High, a terrorist organization is about to send its first explosive announcement.

CHAOS is coming!
Reviews from Goodreads.com