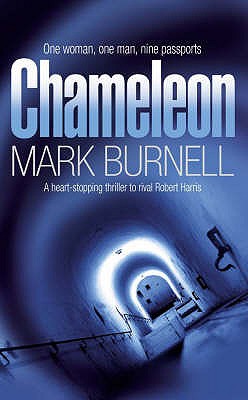 Stephanie Patrick is back, in a brilliantly edgy story about two people caught in the turbulence of terrorism -- from the author of The Rhythm Section.

After the tragic loss of her family, Stephanie Patrick was lured into the intelligence world, where she was transformed into the feared assassin Petra Reuter. Eighteen months later, she disappeared.

Now, she's living a quiet, peaceful life, under an assumed identity, in an idyllic village in southern France. But escaping her erstwhile employer proves to be easier said than done. His reappearance threatens to ruin everything she has created for herself, but he comes with a deal that offers a slender strand of hope: if she agrees to one last assignment, she can then walk away for good.

The target is Koba, the alias used by a Russian criminal with interests stretching from the Urals to America's East Coast. He's a man with influential connections to former members of the KGB and the Soviet Red Army but his true identity remains a secret.

Stephanie is plunged back into the shadowy underworld where international crime and terrorism meet. Her ability to switch personae is what keeps her alive from day to day but it's a fragile talent that constantly threatens to undermine her. Her search for Koba leads her from New York through Europe to Moscow. Yet despite the violence and corruption she encounters, Stephanie discovers the one thing she hadn't expected: true love.

His name is Konstantin Komarov. He may be either a businessman or a criminal,depending on one's point of view. The FBI calls him the Don from the Don. He exists at the heart of a financial empire created by the Russian crime pandemic. Like Stephanie, Konstantin is a chameleon, constantly adapting to changing environments. He's a man as comfortable in Manhattan as he would be in Moscow or Magadan.

But between Stephanie and Komarov lies Koba, an old alias masking a new global threat. In a world where trust is weakness, honesty is naďvete, and where brutality is routine, could falling in love be the greatest risk of all?
Reviews from Goodreads.com