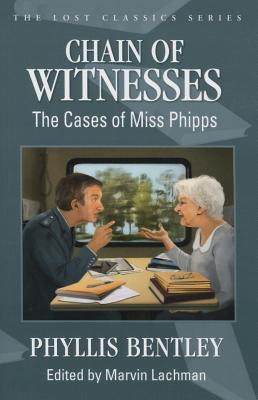 Phyllis Bentley, OBE, (1894-1977) was an important regional novelist of her native Yorkshire. so important that she received the unusual honor of being on a cigarette card. In the 1930s she began to write detective short stories, featuring a detective novelist, Miss Marian Phipps. In the first story she meets a young police officer on a train; he is studying his papers to solve a crime; she is suffering from writer s block. Their papers become mixed together, and Miss Phipps, in typical armchair detective form, solves the crime for the police officer. Thus began a series of mystery stories, 16 of which are collected in this volume. Critic Nancy Ellen Talburt said -- Stylistically, the stories . . . share a quiet humor and misleading simplicity of statement with the works of Christie . . . . Her work [is] informed and consistent with the classic traditions of the mystery. The Editor: Marvin Lachman is one of the premier analysts and critics of detective fiction. He has won the Edgard for Critical/Biographical works and The Raven for his contributions to Mystery Fandom. This is the thirty-sixth volume in Crippen & Landru's Lost Classics series -- uncollected detective and mystery stories by great writers of the past. The cover is by Gail Cross.
Reviews from Goodreads.com