Cathedral of the Sea — Ildefonso Falcones 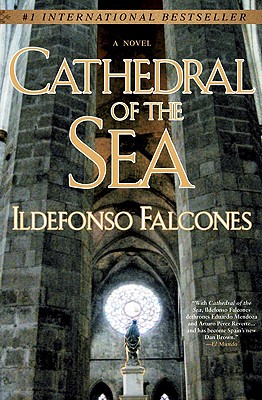 An unforgettable fresco of a golden age in fourteenth-century Barcelona, Cathedral of the Sea is a thrilling historical novel of friendship and revenge, plague and hope, love and war.

Arnau Estanyol arrives in Barcelona to find a city dominated by the construction of the city’s great pride—the cathedral of Santa Maria del Mar—and by its shame, the deadly Inquisition. As a young man, Arnau joins the powerful guild of stoneworkers and helps to build the church with his own hands, while his best friend and adopted brother Joanet studies to become a priest.

With time, Arnau prospers and falls secretly in love with a forbidden woman. But when he is betrayed and hauled before the Inquisitor, he finds himself face-to-face with Joanet. Will he lose his life just as his beloved Cathedral of the Sea is finally completed, or will his brother save him?