Caspar Hauser: The Enigma of a Century — Jacob Wasserman 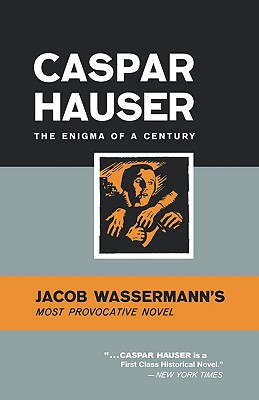 Share:
With an introduction written especially for the American edition by the author, this is undoubtedly one of the most important works to reach us from abroad. This novel is considered by most European critics the finest and most important of Wassermann’s novels. It now makes its first appearance in English. Caspar Hauser, that strange figure which puzzled Europe in the years from 1823, when he first appeared, to 1833, when he met his inexplicable death, has remained an unsolved mystery to this day. There is a considerable body of literature in all languages on the subject; bitter and violent sides have been taken as to who he was; yet the evidence is in complete confusion. On the one hand it is claimed that he was a deliberate imposter, while many others maintain that he was the Crown Prince of Baden and that he was victimized by the family of the ruler’s morganatic wife who desired to secure the succession. An unkempt young man of about seventeen, dressed as a peasant, wandered into Nuremberg in the fall of 1828. Although it later turned out that he had an acute mind, he was at that time so undeveloped that he could speak only a few broken words and his recollections were only of a small dark room and of one man who provided him with water during the night. His strange existence from then on and his final death at the hand of a mysterious assassin, five years later, makes one of the most mysterious and fascinating episodes in all history.