Carew and the Defloration of Virgins — Geoff Rouse 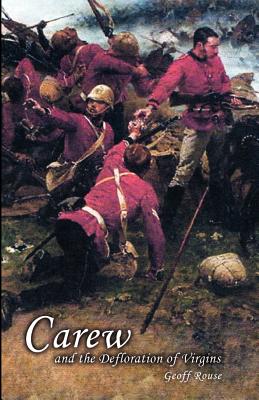 
This edition is an earlier version which was later rewritten and published under the title ‘The Journals of Captain Carew, Raj and the regiment.
A fact based adventure of a young officer in the Victorian army rescued from a massacre in the Zulu war by a tough and resourceful Sergeant. They go on to witness the murder of the French Prince Imperial and the trade in captive Zulu girls. As they begin to become an irritation to the authorities they are sent to India supposedly to search for two young English girls but they discover even more abuse of local women sanctioned by the Quartermaster General to keep the soldiers from using the VD ridden women in the towns. When soldiers' wives and daughters go missing too the garrison at Lahore turns in on itself and a bloody conflict begins.