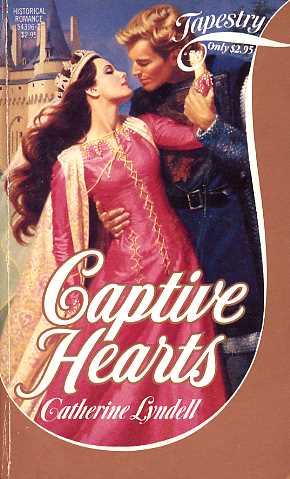 Share:
AS REBELLION RAGED IN 12th-CENTURY FRANCE, DARING MARTHE CHALLENGED HER ENEMY--AND WAS CAPTURED BY LOVE

When her father, a French knight, was called to fight for his king, Marthe de Valences became the mistress of a castle under siege--and the captor of a handsome prisoner.

She discovered no hard-bitten knight, but gentle Ranulf de Brissac, a man entranced by her charming wit. Although her heart had been deeply aroused, still she withdrew from his caressing arms. The charming stranger had won her love. Now he must win the trust of his lovely captor--who believes him to be her enemy!