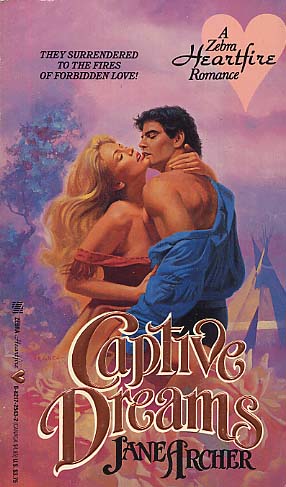 HEADSTRONG HALF-BREED
Exquisite, golden-haired Raven Cunningham could not stop her heart from fluttering whenever she set her gaze on strong, virile Slate Slayton. With his broad frame, dark hair and blue-gray eyes, he made Raven want to melt into his arms. But as much as she desired Slate, Raven longed to know her heritage, to form a bond with the Kiowa tribe of her mother's blood. Even Slate's heated kisses and silken caresses could not erase her need to be with her own people. And all she could do was pray that Slate would never leave her...

HOT-HEADED LOVER
Slate Slayton loved Raven Cunningham more than anything in the entire world, and he wasn't about to let her go to a hostile Indian reservation without him. He knew that to stop her on her quest would ignite her fiery temper. Yet just thinking about not having her by his side made him quake with a burning rage. He needed that passionate, headstrong vixen by his side, hungered for the feel of her warm curves molding into his strength. He would risk his life for the taste of Raven's sweet lips, because without her he could never fulfill his wild CAPTIVE DREAMS
Reviews from Goodreads.com