Candle for a Corpse — Ann Granger 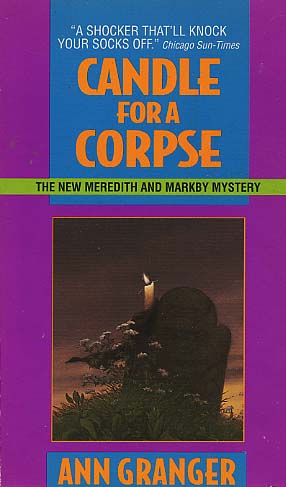 WHO MOURNS THE FORGOTTEN DEPARTED?

The last of the Greshams has died in the quaint Cotswolds village of Bamford. But the dowager's interment unearths something shocking in the Gresham family plot: the remains of a pregnant teenager who disappeared twelve years earlier ...a "runaway" whom nobody dreamed was dead.

The discovery has put Superintendent Alan Markby's planned vacation with his friend Meredith Mitchell on hold--as they follow a very cold trail that could lead all the way to the British Parliament. For the years have not diminished the heinousness of this crime. And they cannot rest until they know who left a black candle burning on the All Saints' parish altar more than a decade ago ... and who consigned an unfortunate young woman to the eternal darkness of another's grave.
Reviews from Goodreads.com