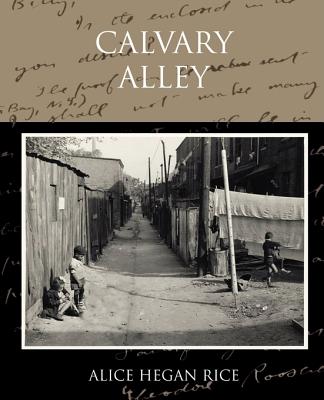 
Alice Hegan Rice was an early 20th century American novelist. She was born in Kentucky. Her best known work is Mrs. Wiggs of the Cabbage Patch. Calvary Alley is the name of a row of squalid tenements just under the shadow of a large cathedral. The inhabitants and the aristocracy walk within feet of each other. Nancy Malloy is a girl from the alley. She has intelligence and ambition. In the end she cares for a workman who was a childhood friend from the alley.