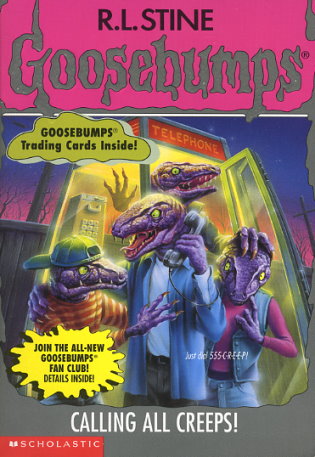 Reach out and scare someone. . .

Ricky Beamer is furious when he gets kicked off the school paper. So he decides to play a joke on Tasha, the bossy editor in chief. Just a little joke. Harmless, really.

After school one day he sticks a message in the paper. If you're a creep, call Tasha after midnight, it reads.

But somehow Ricky's message gets messed up. And now he's getting calls. Strange calls from kids who say they are creeps. Creeps with scaly purple skin. And long sharp fangs....