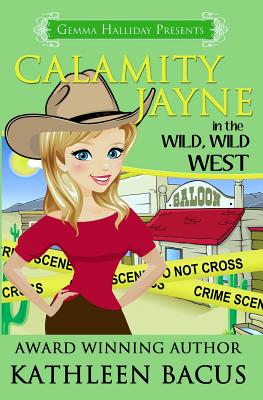 Did you hear about the blonde coyote? It got stuck in a trap, chewed off three legs, and was still stuck. Tressa Jayne Turner, Grandville, Iowa's own little "Calamity Jayne," is headed for the Grand Canyon State--and a wedding Tressa's goofy Gammy is gettin' hitched, and Tressa is looking forward to a little down time in the desert. But her sunny vacation is suddenly about to have more strings attached than a dreamcatcher Her cousin's keeping secrets, the roguishly hot Ranger Rick's sending mixed signals--more of the smokin' than smoke variety--and a "Kookamunga," a butt-ugly fertility figurine Tressa picked up at a roadside stand as a wedding gift, is turning out to be more trouble than tribal treasure. This wacky wedding's about to become a southwestern scavenger hunt of Amazing Race-meets-The Da Vinci Code proportions, featuring a washed-up actress out to kick-start her career, a suspect spiritual advisor, locals with a cause, and a ten-year-old who's a chip off a certain ranger's blockhead. It'll be a vision quest to make Thelma and Louise's southwestern spree seem like amateur night at the OK Corral. May the best spirit guide win. (NOTE: This book was previously published under the title Calamity Jayne Heads West.)
Reviews from Goodreads.com