By the Shores Of Silver Lake — Laura Ingalls Wilder 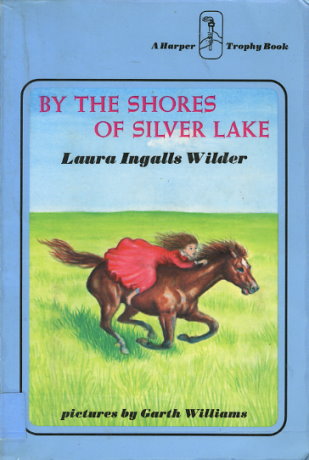 The Ingalls family had fared badly in Plum Creek, Minnesota. They were in debt. Mary was blind now. So Pa went West to work at a railroad camp in Dakota Territory where he could make as much as fifty dollars a month! Then he sent for his wife and four children, and they became the first settlers in the new town of De Smet. But the railroad brought hordes of land-hungry people from the East. Had Pa waited too long to file his homestead claim?

--
The "Little House" books tell the story of Laura Ingalls Wilder's life. She was born in 1867 in the little log cabin on the edge of the Big Woods of Wisconsin, and through the years she traveled with her family by covered wagon through Kansas, Minnesota, and finally the Dakota Territory, where she met and married Almanzo Wilder.

There was deprivation and hard work. Crops were ruined by storms and grasshopper plagues. But there were also the happy times of love and laughter; sleigh rides, holiday celebrations, and socials. These eight titles now in paperback bring the Ingalls family vividly alive and capture the best of the American pioneer spirit.

The illustrations by Garth Williams are the results of 10 years of research. Mr. Williams actually followed the path of the Ingalls family during the period 1870-1889. No wonder, then, that the pictures have a special quality for the children who have loved these stories through the years. 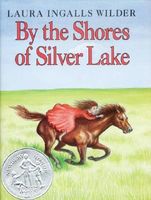