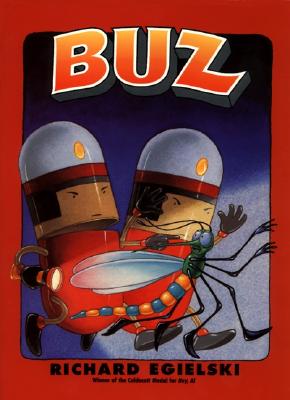 Share:
When a young boy accidentally swallows poor Buz , a bug, along with his morning cereal, he's prescribed two pills to remedy the situation. Little does he know what is going on inside! In his award-winning signature style, Richard Egielski invents an ingenious behind-the-scenes adventure of two keystone cop-like pills in pursuit of a bug inside a human body. Buz eventually makes his escape, only to discover he has caught a bug of his own. On with the chase!
New York Times Best Illustrated Book of 1995
1998 Young Reader's Choice Award, Pennsylvania
An ABA Pick of the Lists