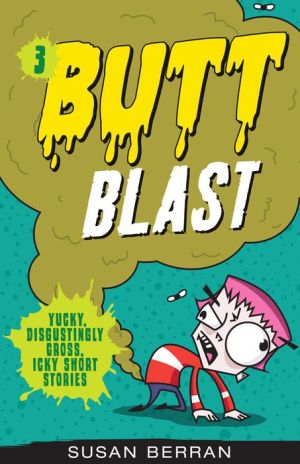 Just when you thought it was safe . . . out comes Book 3 in this super-gross, icky, and totally disgusting series!
Here comes even more yucky, disgusting, and icky topics in Butt Blast! This book features hilarious stories that ponder those big questions in life. For example, how can your butt smell when it doesn’t have a nose? Is it possible to make candles from earwax? And what on earth are “Hair Fairies”?!

Full of yucky, gross, and totally bootilicious encounters, this book will have kids rolling around with laughter and parents shaking with dread!

The Yucky, Disgustingly Gross, Icky Short Stories series is designed for fast laughs to kick-start even the toughest non-readers. Targeted to ages 7 to 11, these gross, absolutely hilarious tales will leave kids grimacing for more. There's definitely more than enough snot & vomit in this sordid series.